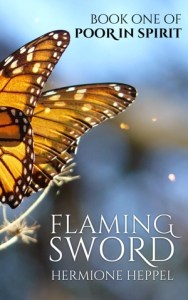 Finally, we have got our act together and the first book in the series will be published on Amazon Kindle on 15 February 2015. The cover image has been updated and there are a few last-minute updates to the book, but the story is essentially the same as before. Main difference is that now the book is to be published via Amazon, it is no longer available as a free download. It will be priced at £1.99. We are also preparing a paperback version via CreateSpace, which will also be available soon.

The book is an angry rant, because it’s a spiritual journey and Vian has developed a lot of bitterness over the years, owing to his ‘invisible’ autism, or, as anyone else might put it, his weirdness. It’s also a story about the chance to build a nation from scratch, based on sustainability and community spirit.

I realised the other day that the book is very close to the Green party manifesto in many ways (though by no means all). The idea is to have a society that includes everybody, allows everybody to live a decent life, but doesn’t degenerate into a communist nightmare.

Could it happen here? Probably not, but only because we’re not starting from scratch. All the Greens can do is to try to vote against the money and fend off the idea that they’re a bunch of crackpots. Vian doesn’t have that problem; there isn’t any money – yet. There aren’t any Greens either; there are no political parties. And the ideas aren’t crackpot, because they arise from necessity. We’ll see.